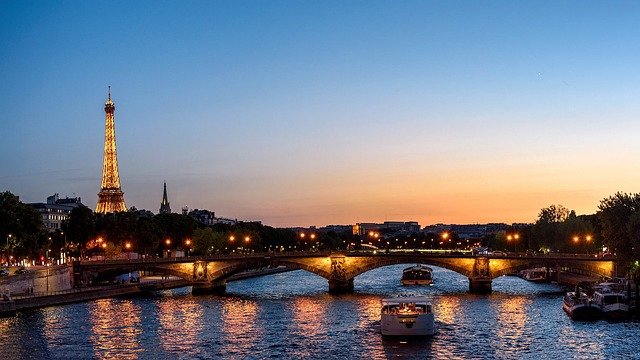 Metropolitan France is known as “L’Hexagone,” and it is an ideally situated, diverse and prosperous export market for US based companies.  It can also be the perfect stepping stone into other Eurozone markets.

France is the world’s fifth largest economy and as such commands the second largest consumer oriented market in Europe with just over 66.6 million inhabitants.  France is also a geographical hub for business within the European Union….as well as Africa and the Middle East.  With a diversified economy where services generate as much as 80% of their Gross Domestic Product (GDP), the French economy also supports world class industrial sectors.  This includes Europe’s largest aerospace and nuclear industries, its second largest agri-food and chemical industries and its third largest information and communications technology (ICT) and pharmaceutical sectors.

French consumers have continued to embrace on-line product sales demonstrated by an almost 25% average increase in the number of transactions each of the last few years.  While the total amount of each shopping cart sale has decreased slightly over the same period, this is because French ecommerce customers are willingly placing smaller, but more frequent orders.  These consumers seem to be predominantly purchasing products from numerous categories including fashion, travel, home furnishings, electronics and other high-tech type products.

“The French are Open and Curious Consumers.”

The average French ecommerce consumer is willing to visit multiple sites to search for the product of their choice.  They are not averse to exploring multiple websites nor are they so loyal to one ecommerce portal that they will exclusively buy from it. The most successful and fastest growing of these marketplaces are listed below:

As you visit these sites you will you find several key points they have in common.  First, they all are heavily translated into the French language.  Even though most French are able to understand English to a degree, they prefer to do business in their native tongue.  Second, very seldom will you find any denominations other than the Euro reflected in any pricing. Third, most of your customer service interactions will need to also be in the French language, whether this be in written from or verbally. Finally, don’t be surprised if from time to time your company is contacted by an ecommerce customer from France to see if you will match a price found on another marketplace website.  The French are not timid when it comes to their efforts to find a “great deal,” on the internet.

While it is true that the aforementioned ecommerce websites represent the “Top-8” marketplaces for consumer sales in France, it is also true that Amazon is still the “big dog,” when it comes to the majority of online business.  Having said that, many analysts believe that the “brick & click,” players will continue to grow their market share, particularly in terms of their “click & collect,” services.  In France (as well as other European countries) it is considered a considerable advantage for an ecommerce buyer to be able to shop an online website to secure the best quality product at the best overall price, make the purchase and then visit a local warehouse to actually pick up their product within minutes (or have it couriered immediately to them)…..if they choose to exercise that option.

It is suggested that if your company wishes to really drive product into the French market, you should consider not just drop-shipping your wares to individual consumers, but you may also think about supporting inventory at a fulfillment center “in country” that will allow your customer the option of “click & collect.”  Even if such an option for your customers does not generate a large “up-tick” in sales, it demonstrates to your client base that your company is committed to a long term relationship with the French people and that you are a large, well established business.

France is one of the biggest ecommerce countries in the world today.  It is ranked as the sixth biggest ecommerce market worldwide and in Europe, only Germany and the United Kingdom is bigger.  France’s online retail market exceeded 65 Billion Euros at the end of 2015.  It is expected that online sales will exceed 10% of total retail sales for the French economy at the close of 2016! Expectations are that this market will only continue to grow as more prospects gravitate to ecommerce as a mainstream shopping model.  Of the 66+ million people in France, fully 86% of them are internet users……which represents a tremendous potential for online buying.

While currently only 49% of ecommerce customers in France purchase international products, this percentage is steadily increasing as statistically demonstrated over the last three years.  The top three countries that French consumers order from are the United Kingdom, Germany and the United States. The top three delivery methods for internet orders in France are home delivery (83%), Pick-up point (66%) and Collect in Store (26%).  Of the three delivery methods, collect in store is the fastest growing through 2015.

One of the main challenges online retailers will face in the future is the huge amount of data available to offer consumers a personalized experience.  Fully 54% of French consumers confirm that a more personalized shopping interface would encourage them to buy more and to return more to that same Seller.  Another point that Sellers should consider is the three main buying criteria that French consumers consider to be most important; delivery, price and product. Finally, the decrease in the cost-per-click  (-4.5%) and the increase in click-through-rate in Europe in general and France specifically (+14%) as of the end of 2015 indicates that this is the right time for online retailers to both invest in online advertising and to further pursue the French marketplace.  It is said that old alliances die hard, and when you consider that France is the United States oldest ally, then it stands to reason that online US based Sellers should plan on selling to France a long time……..or as they say on that side of the pond, Viva La France!