Currency Fluctuations… Always Beyond Our Control 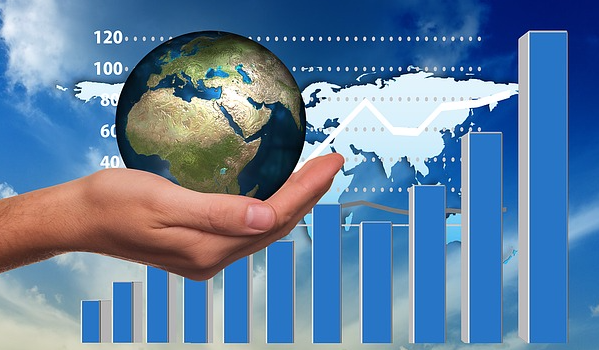 Always Beyond Our Control

Nobel Price Honoree and noted Economist, Milton Friedman was known to have shared many thoughts about currency valuation on a global scale.  One of his most insightful was that, “…..currency valuation is the product of direct, choreographed attempts at market manipulations…..both good and bad.  You are always better off developing contingency plans for unexpected swings in the valuation of currency than you are spending time to try and accurately anticipate said valuations.”  Whether you agree with this assessment or not in its entirety, one point is indisputable.  Currency valuation is commonly the product of direct and/or choreographed attempts at market manipulation.

Consider the impact of multiple localized terrorist attacks that took place in New York City, New Jersey and Minnesota.  Less than a day after those attacks on US soil, the US Dollar to Pound Sterling (USD/GBP) and the US Dollar to Euro (USD/EUR) exchange rates fell as investors remained wary after the weekend’s attacks.  When more news of other explosive devices (IED’s) being found in New Jersey and possibly New York was noted, optimism regarding the state of the US was lowered, thus significantly weakening the US Dollar as a result.  Is this really a logical outcome to be expected?  Are the massive US economy and its associated behemoth engine of commerce so susceptible to localized attacks, that it can be manipulated by minimal actions such as these?  Make no mistake about these comments.  We are not minimizing the impact of these actions on the individual lives they have accosted.  For the victim of such an attack….and their families, the wounds inflicted are real and devastating.  We are only talking about the perceived wounds such attacks inflict upon an economy.

When an obvious terrorist attack is directed in a massive wave upon a countries financial district, such as the 9/11 attacks 15 years ago, those effects are immediate and expected.  When a countries financial district is actually shutdown and trading in the markets is suspended……a major impact would be unavoidable.  However, when one deranged idiot goes on a rampage that (thank goodness) does not result in a single loss of life (albeit life-threatening injuries are sustained) one wonders if certain world markets are simply taking advantage of such actions to create short-term gains.

“If a Minister of Finance Falls in the Woods,

and No One Witnesses it, Will it still make a Sound?”

What possible effect could these three isolated incidents (attacks) have had on the value of the US Dollar against the Euro?  If more attacks were to have followed or if they had been more sustained or (heaven forbid) more catastrophic in their scope, then potentially more short term impact on consumer spending, market trading and global speculation, etc, would be expected.  However, this was not the case.  In fact, the opposite actually occurred.  The main suspect in the bombings was neutralized in less than 48 hours and the other perpetrator was neutralized at the scene of his attacks.  One would rationally expect that if anything the US Dollar would have remained unchanged or at best even seen an increase in value as evidenced with US Law Enforcements capabilities and effectiveness in ending these attacks.  One must wonder, is market or currency valuation at the mercy of knee-jerk manipulators who see every action as an opportunity to adjust said assets for choreographed gain?  Although “tongue-in-cheek,” it begs the question……if a Finance Minster falls in the woods and no one witnesses it……does it still make a sound?!  The main point is that to be able to always anticipate what impacts the markets and/or foreign currency exchange is like trying to read a “Crystal Ball.”  Rather than trying to anticipate the events that may surprise us at a moment’s notice, one is better off developing ongoing “fluid” contingency plans on how to react to currency fluctuations and market gyrations.

Perhaps the most decisive and forward thinking planning involves choosing a foreign exchange partner who is experienced and prepared to respond instantaneously to such critical market changes.  Trying to lock in an exchange contract when you can’t get through to your currency trading company because they are working with massive clients and you are a small or medium sized business can not only be frustrating but costly!  That is why you should choose those currency trading partners wisely.

At Mosaica we know that your company is the crown jewel of your business empire.  No matter whether you are a small or medium sized business, you deserve the same stellar service and access Fortune 100 companies demand of their service providers.  We would respectfully suggest that you consider the impact of these attacks on US soil that just occurred.  Once you have considered the impact such events can have on global currency markets, it may be time for you to schedule a meeting with us so we can help you develop contingency plans for future unforeseen actions that are Always beyond our control.

Our thoughts and prayers are with those victims and their families who were impacted by these terrible attacks and we salute and thank the brave first responders who reacted so brilliantly to these vile acts.