Deutsche Bank: Warning Signs are everywhere, The Risks of a US Recession are here! 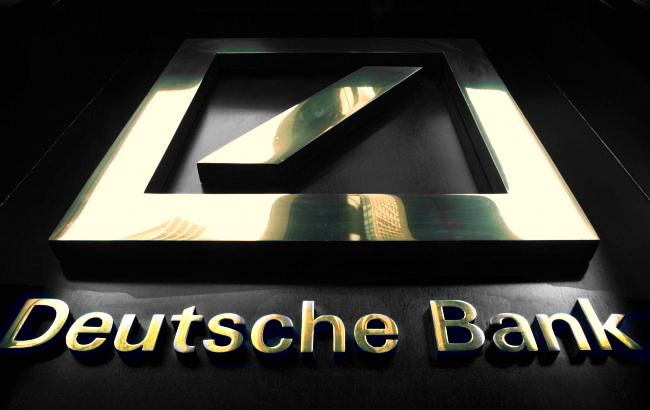 The Risks of a US Recession are here!

The top European equity strategists for Deutsche Bank released to the international financial community this last week their thoughts regarding the overall health of the US economy……and their diagnosis is gloomy to say the least.

Specifically, they raised the specter of the United States slipping into another major recession in the near future.  What did they base this dire prediction on?  Their reasoning was rather simple and straight to the point.  All the warning signs that proceeded the previous three recessions are already present!

As Sebastian Raedler, head of European Equity Strategy for the bank stated, “…We agree with our economist’s (team) projection of a 30% recession probability over the coming 12 months.”  As many international financiers have alluded to, the normally conservative Deutsche Bank felt it was not enough to simply release their report, but as if to underscore their concern, they felt it necessary to have someone of Mr. Raedler’s stature crystallize their fears regarding a potential recession by making such a direct statement.

The Four Horsemen of the Apocalypse……

Mr. Raedlers team have pointed out four common indicators that each of the recessions in 1990, 2001 and 2008 shared as precursors to their inception.  Again…… all three of those recessions were preceded by these indicators, thus foretelling the financial collapses that followed.

It will help to acknowledge that many economists believe there is already the beginning of a recession for US profits as they have been sliding since they peaked in Q2, 2014.

Over the last 40 odd years, the aforementioned indicators have existed four times, not counting their current existence.  Three of those four times they foretold of a soon to come major recession.  Only in 1986 were all of those indicators present and no recession developed, thus allowing that recovery to continue for another four years.  While many noted economists believe the 1986 indicators were ultimately tied to the recession of 1990, others believe that was not the case.

No Reason to panic…….just yet!

Deutsche Bank’s financial strategists were careful to mention that they did not expect a recession to immediately “crash” the markets or US economy…. and it appears that the rest of the market concurs in that assessment.  In fact, while many acknowledge the importance (and accuracy) of the four potential recession indicators that the bank has alluded to, they also are suggesting they may reflect a 1986-style scenario.

To that end, the consensus forecast is that US earnings growth will rebound in 2017 and that hope coupled with current low stock market volatility, may act as a “firewall” against a recession.  However, Mr. Raedler being aware that many are promoting a 1986-style scenario/ interpretation, highlights a few other points that made the absence of a recession in 1986 appear more like an isolated situation. He points out that 1986 was the only year in the previous 60 when US corporate margins declined without this contributing to a recession.  It was also the only period in the last 40 years when a recession did not happen even though capital-expenditure growth declined!

He and his team of strategist’s recommend “cautious restraint,” when it comes to attempting to interpret the current recession indicators that are in place.  As an example, they state that the 30% probability of a recession could actually rise if indexes measuring the services and manufacturing sectors fall any further this year.  To that point, in August the Institute of Supply Management’s Manufacturing Index (SMMI) reflected a contraction of that sector.  If corporate profit growth remains weak as labor costs continue to rise and the current non-supportive monetary policies remain in place, (as was not the case in 1986)….the presumptive recession “firewall,” may not hold.  If after the Presidential election the Federal Reserve nudges the dollar higher by raising interest rates, this would make US exports less attractive thus again causing further manufacturing sector contractions.

At this point, it would be wise to consider the long-term picture regarding a potential recession as only the next 12-18 months in length.  Perhaps locking in contracts now for future sales of your goods and services coupled with currency exchange (futures) contracts if you are a global Seller, would be worth considering. As many students of history have noted over the millennia, those who fail to learn from history are doomed to repeat it.  It may be wise to heed the warnings of Deutsche Bank and their formidable economic strategists.  They are not advising any direct or reactionary actions to be taken by investors or business owners at this time.  On the contrary, they are simply asking the question……..does everyone remember their US History?