Gross Domestic Product: The Dollar Depends On It 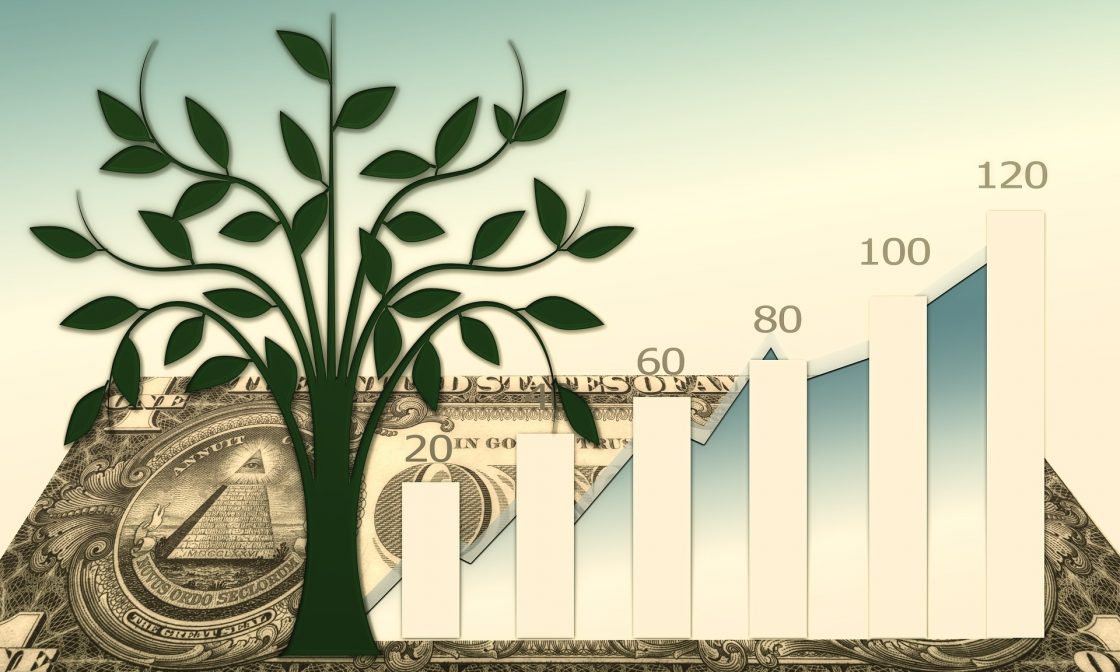 …Why it is Important

Let’s start with the basics.  What is the Gross Domestic Product or GDP as it is more commonly known?  In simple terms, the gross domestic product is one of the primary indicators used to gauge the health of a country’s economy.  It represents the total dollar value of all goods and services produced over a specific time period.  Another way to think of GDP is as the size of the economy.

In most cases, GDP is expressed as a comparison from one quarter or year to another.  As an example, if the GDP total for 2016 is 2.5% higher than it was for the year 2015…then that means the economy has grown by 2.5% over last year.

The formula for calculating GDP is rather complicated, however, there are generally two accepted ways for figuring out a country’s Gross Domestic Product.  One way is by adding up the combined income for everyone in a country (over a given time frame) and the other formula is by adding up what everyone in the country spent in a given time frame.  These two formulas are appropriately known as the “income approach,” or the “expenditure method.”  A third less common calculation is known as the “value-added,” approach.  It is used to calculate the GDP by industry.

Whichever method of the three that is used to calculate GDP…..it is best to think of it as a weather satellite photograph of the country at any given time.  This “snap-shot,” will reflect weather systems across the nation.  This information may tell you to prepare for bad weather and seek shelter or it may cause you to prepare for blizzard conditions or it could foretell mild temperatures and cool breezes.  In short, it will help you to prepare for what may be coming!

What causes the GDP to sometimes behave like a rollercoaster ride?  Well the short answer is that the GDP fluctuates because of normal business cycles.  When the economy is behaving in a bullish manner and GDP is rising, the economy eventually reaches a point above equilibrium where inflationary pressures begin to build up at a rapid pace.  This generally indicates that labor and productive capacity of the economy is nearing full utilization.

Once that happens, the Fed will tighten monetary policies by raising interest rates.  The desired (and expected) outcome of this action is to slow down the economy just enough to quell inflation.  The trick is to “pump the brakes” of the economy enough to slow it down without completely interrupting the positive momentum it is exhibiting.

However, as interest rates rise, consumers and companies cut back on their spending….which slows the economy even more.  As consumers purchase less, companies are required to produce less, this leads to employee layoffs and those unemployed consumers then purchase less still.

All of these actions further affects consumer confidence…….and future product demand.  In an attempt to break this downward economic spiral the Federal Reserve eases monetary policy (i.e. cuts interest rates) to encourage banks lending and consumers and companies borrowing again……all of which contributes to economic growth, once again increasing employment until the economy is bullish again.  Thus begins the never-ending rollercoaster ride once.

Of course, there are numerous other factors that impact GDP trajectory.  Business investment, government spending, consumer confidence and of course the biggest single component of the economy, consumer spending.   Complex formulas and analytical research incorporating the aforementioned factors are used to calculate the GDP at any given time.

So what does it all really mean?

Now that we have a better understanding of what the GDP is….and what factors are used in its calculations, what exactly does it really mean to the average SMB owner?  The answer to that question is multifaceted to say the least.

The GDP (as we have established) can provide SMB’s with an indication of which way the economy is headed.  For instance, two quarters of GDP decline are excepted signals that the economy is in recession.  A recession is obviously a bad environment for most businesses to grow in.  Generally speaking, a declining GDP means that the labor force is shrinking as a result of lagging consumer spending, thus resulting in lowered company orders for goods and services.  Once consumer confidence begins to suffer….consumer spending declines follow shortly behind.

During an economic slowdown, many SMB’s face a number of challenges.  As consumers become concerned about their job stability, they are more likely to be cautious with expenditures, which leads to decreased revenue for small business owners.  A slowed revenue stream for SMB’s forces them to downsize their workforce.  This action limits their ability to serve customers, further eroding their potential to generate revenue while also contributing to the unemployment rate…..which advances a declining economy.

There are two main ways that most free-market economies grow.  One is through population growth.  As the population increases, additional goods and services are consumed by these additions to the economy.  The other way is through increases in consumer spending.  As wages increase ( or expenses decrease) for the average consumer, they have more disposable income in their pockets to spend.  As they spend more, the companies that manufacture or provide goods and services must increase their production capabilities.  This in turn leads to them purchasing more raw materials and/or hiring more labor.

As more employees are hired from the available labor pool, the demand for labor increases. Such demands then help to drive up salaries for employees….again increasing the amount of disposable income available for consumers to spend in the economy.  From an economic standpoint, one could refer to this as “….the circle of life.” The bottom line is that in a strong economy, nearly all businesses enjoy greater prosperity.

How can SMB’s use this data?

As the owner of an SMB, the trends forecast in GDP data can help you develop management action plans for your company. Let’s consider a few scenarios that may help to explain what we mean.

Scenario #1: GDP numbers indicate that the economy is growing at a very strong rate for the last 3-4 quarters.  Wages, employment and bank lending have all been on a strong upward trajectory.  This could indicate that inflation is about to rear its ugly head, thus spurring the Federal Reserve to increase interest rates to try and control inflation.  If you were considering securing a line of credit from your bank for your company……now might be the time to go and lock down that credit line before interest rates start to creep up.

Scenario #2: The GDP is reflecting back-to-back negative growth.  The economy is technically in a recession, even if your current business numbers don’t reflect it.  If you own an SMB that is not recession proof by nature, now might be the time to initiate cost saving measures and avoid large capital expenditures or investment.  If the two consecutive quarters of negative GDP growth are precursors to a longer downturn in the economy…..now may not be the time to overextend your company.

Scenario #3: The past three consecutive quarters seem to indicate a “flat-line,” with regards to GDP growth.  While the GDP hasn’t taken a downward turn…..it also hasn’t reflected any positive growth potential either. This may be the time for you to simply work on increasing your company efficiencies and review your product/ service lines to ensure they are where you need them to be to guarantee a competitive advantage in your market sector.  You may also consider trying to build cash reserves until future economic indicators help establish which direction the economy is actually headed.

Small and Medium sized businesses have an advantage over large businesses when it comes to adapting to economic swings.  Typically, SMB’s have a smaller nucleus of leadership which allows for quicker decision making and course corrections.  Whereas larger companies may need to call multiple stockholder meetings to discuss changes in business strategy and direction.  SMB’s are generally much more nimble when it comes to reacting to the ups and downs of the economy.

To ensure that an SMB can take advantage of this “corporate nimbleness,” it is imperative that management use the tools and data available to them to make smart decisions.  GDP can be a tremendous data point for them to rely upon during that process.