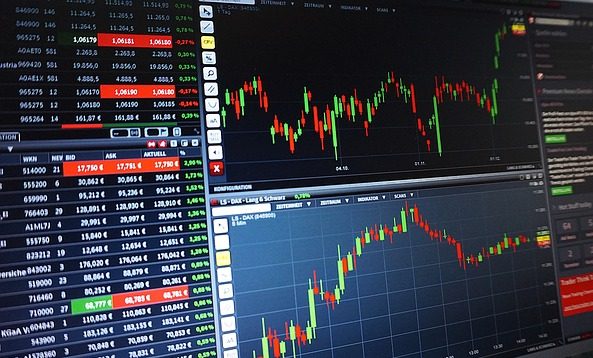 Whether it is economic forecasts or the weather…forecasting is more art than science it seems.

A famous mathematician once said, “…given the power of today’s computers, satellite imagery and advanced meteorological equipment, the Farmer’s Almanac and my arthritic left knee is a better forecaster of the weather than the nightly news!”

As for economic forecasting, it is safe to say that Economists are also not able to predict the economy’s future with any degree of certainty or accuracy.  While many have believed that was the case for years, there was never any real qualitative data to back that assertion up…. until now.

A recent article by Robert Samuelson has outlined these findings and they are worth sharing.  Let’s take a look at the outcome of this research.  By the way….Thank you Mr. Samuelson!

While there were “wide spread errors,” the study actually concluded that “…considerable uncertainty surrounds all macroeconomic projections.”

How substantial were the miscalculations?  They were substantial enough to negate the total outcome of the study.  Below is an actual example from the study that reflects the level of inaccuracy that exists in the average macroeconomic calculation.

Obviously these are huge margins of error.  As Mr. Samuelson points out, these margins irrefutably indicate that much of economic forecasting is guesswork.  He also expounds on the fact that the gap between prediction and reality may be widening.

This study done by David Reifschneider of the Federal Reserve and Peter Tulip of the Reserve Bank of Australia discovered that forecasting mistakes actually worsened since the 2008-09 financial crises.

A question that the study did not address but Mr. Samuelson did think enough to suggest was whether economic forecasting has improved in the last century?  As Robert opined, in the 1920’s, no computers existed for economists to work off of.  Instead they relied on random statistics such as freight car loadings, grain harvests and market prices and bank deposits.

Today, economists depend on elaborate computer simulations that review dozens of statistical series designed to accurately (pun intended) describe the economy.  However, today’s predictions do not seem to be as accurate as the historical predictions from the past century.

Consider the implications of this study.  If forecasts are continually (and inevitably) flawed, then how can these predictions be used to help manage the economy?  If our government officials rely on these forecasts to effectively avoid recessions or drive economic growth….how can these reports be expected to drive accurate decisions?

In fact, if these forecasts are so prone to reflect errors it is entirely possible that companies or Federal and State agencies may actually drive negative outcomes as opposed to positive ones based on miscalculations that these forecasts will initiate.

The Fed Study compared forecasts from 1996 to 2015 not only from the Federal Reserve but also from the Congressional Budget Office, the Blue Chip Economic Indicators Panel and the Survey of Professional Forecasters….the last two mentioned reflecting mainly private sector economists.

As Reifschneider and Tulip outlined, “…the differences in accuracy across forecasters are small, and naturally the further forward in time they attempted to forecast the worse their reliability.”  The basic premise of the study was “crowd behavior,” dominated much of the data developed and the majority of forecasts reflected similar outcomes in “groupings,” of data.

As Mr. Samuelson so smartly indicated in his article, several facts cannot be ignored from the study.

Only the Present is Predictable!

Upsets to the national economy over the last century or so reflect the inability to forecast the economy.  Two of the biggest examples of this were the latest financial crisis a few years ago and the last recession.  However, there are other examples of inaccurate forecasts; the fall of long-term interest rates on bonds an mortgages, the unexpectedly slow growth of the last economic recovery and the latest collapse of productivity in the private sector.  In each case….almost none of this was anticipated.  Hence, the key to managing your investments or foreign currency is developing a relationship with companies who spend a great deal of time tracking real time data.

A company like MosaicaFX can help develop real time data that can help to support your currency trading to protect your profits.  Long-term economic forecasts can only be used as a loose guide….and in most cases should only be considered as accurate as a coin toss!