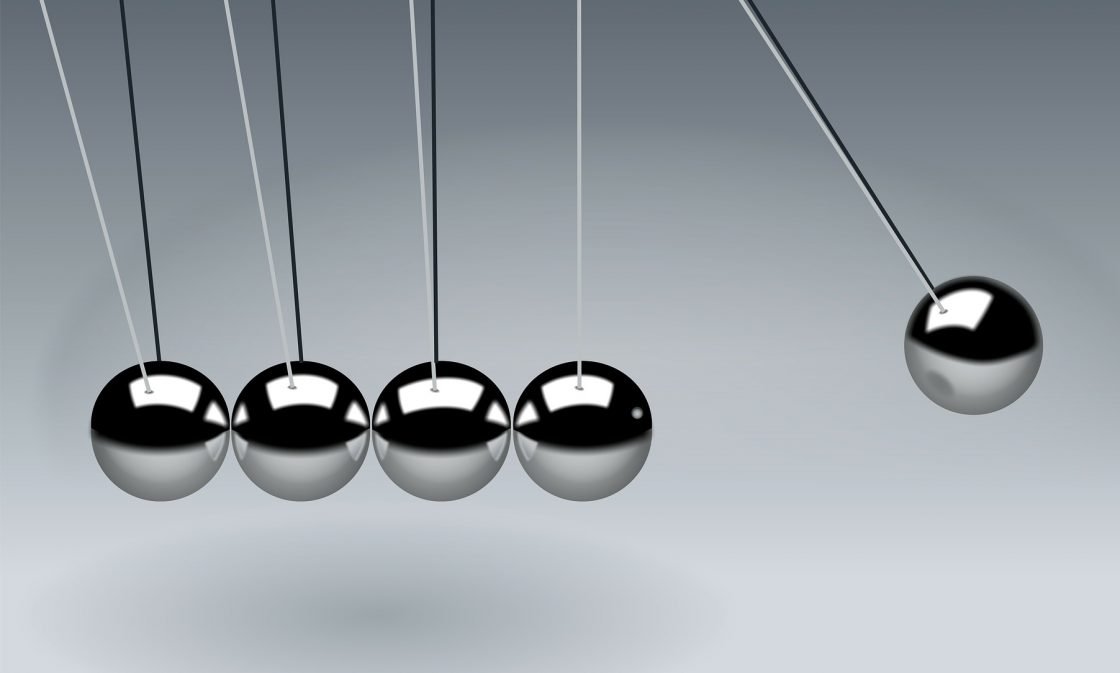 Frank Maggio, founder of React LLC, has been studying advertising ineffectiveness since before leaving Procter & Gamble, the world’s leading advertiser, in the late 1980’s.  Since then, Frank has invested (and reinvested) over $20 million of his own capital, to patent, build, test, and deploy a groundbreaking solution to counter that ineffectiveness.  That solution, “Reactive Advertising,” promises to “change advertising for good.”

Mass media advertising is one of the world’s largest industries – approaching $1 trillion annually.  And yet, it’s also one of the most wasteful, with some estimating that over $350 BILLION a year is spent on ads that are ineffective, undelivered, avoided, or ignored.  To place that in perspective – if the “Wasted Advertising Industry” were a country’s GDP, it would rank in the top 35 nations in the world.

Newton’s Third Law of Motion (loosely) states that a single isolated force doesn’t exist. When one action is forced upon a second body, that body simultaneously exerts a force in equal magnitude and in the opposite direction on the first body.  In short, every action creates a reaction.  That is the basis of Maggio’s reactive advertising concepts.

According to Maggio, “The truth is obvious – ads fail to work because they’re delivered in a disrespectful way, which interrupts people while they’re doing something else.”  The net result is a growing indifference to advertising; Maggio has coined the phrase “ADpathy,” to describe the attitude most people have towards advertising today.

The problem is further exacerbated by a relatively new behavioral phenomenon, the “impulse to multi-task,” enabled by smart devices that are now in the hands of over 90% of people, whenever advertising tries to break through.  Maggio has worked for over twenty years to develop a solution to the growing ineffectiveness of mass market advertising.

At the heart of the solution is a simple truth that most industry insiders fail to acknowledge.  Instead of relying on technology to create clever new ways of targeting, tracking and “ambushing” people with more effective advertising, Maggio believes the current main-stream technologies only contribute to increasing ineffectiveness.

The solution, therefore, is straightforward – advertising must create an experience that is at least as valuable and entertaining, as the experiences people turn to, when advertising interrupts them.

Reactive Advertising does precisely that – the patented process “gamifies” ads that bear the “react” logo, and allows anybody with a smart phone or computer, to win points, rewards, and prizes, for proving they’ve paid attention.

Once the “React” app is downloaded into tens of millions of smart phones, the entire marketing world is opened up to reactive experiences.  Product packaging, email, direct mail, and even retail displays and mobile payments can become “reactive.”

Maggio goes on to state, “… a reactive world is a world that adds excitement, fun, and rewards to the process of advertising and shopping.  By using people’s favorite devices – smart phones – consumers can uncover positive experiences and surprises, hiding in plain sight.  It’s a win-win scenario, for consumers and advertisers alike.”

Frank is quick to add that the reactive process “… builds much needed respect between advertisers and people, and in fact, creates a symbiosis or rather feedback loop, that let’s brands know how people feel about their ads, and products.”

MosaicaFX constantly works to bring new and innovative concepts and resources to our clients regarding foreign currency exchange, business management and revenue stream development.  Occasionally, we like to step outside the box and introduce our partners to new and innovative technologies and/or companies that are legitimate “game-changers,” in their field.

React LLC, is one of those game changers.  In the next several years conventional wisdom suggests that advertisers and marketing companies will either be a part of this cutting-edge technology and new plan of attack towards advertising…or they will continue to float the same, tired, old approach to advertising and marketing.  As MosaicaFX believes that when new technologies become available in any industry, if their outcomes can be quantified… they should be considered.  To learn more about React LLC, visit www.React.net.

To learn more about many of our new and innovative currency management and hedging concepts set an appointment with a MosaicaFX Executive Account Manager and let us explain how we can support your needs and protect your profits now and in the future!