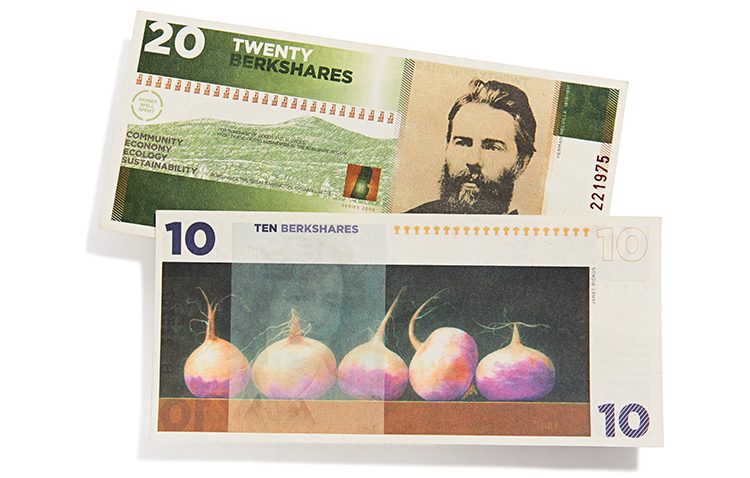 Is this the future of currency trading?

Currency is by definition traditionally developed and managed by national governments to ensure that parity and consistent value and quality are maintained for all entities that rely on that currency for monetary support.

However, that doesn’t mean that new concepts (based on historic precedent) are not being experimented with in limited applications today.

In fact, there are examples in places all around the world where the use of regional or local currencies are not just considered passively acceptable, but, even preferable to federally monetized currency.

Berkshares are a local currency that circulates in the Berkshires region of Massachusetts.  Originally, it was launched in 2006 by BerkShares Inc., with research and development assistance from the Schumacher Center for a New Economics.

In Berkshire County, there are over 400 businesses that accept BerkShares as legal tender, with over $7,000,000 issued BerkShares in circulation.  Today there are over 10 different branch offices of three participating banks that issue BerkShare currency.

Businesses that accept BerkShares at full dollar value differentiate the business as an entity that supports the local economy, ecology, sustainability and community by attempting to retain community value and wealth on a local scale.

A BerkShare is purchased for ninety-five cents on the U.S. Dollar, yet the businesses that accept BerkShares at full dollar value create a 5% discount incentive for those using the currency.  BerkShares can then be used by accepting businesses to purchase goods and services from other participating businesses, make change, pay salaries or support local non-profits thus increasing the local economic multiplier effect and keeping value re-circulating in the region.

If businesses have an excess of BerkShares, they may also be returned to a participating bank at the equivalent rate of .95 cents per BerkShare, while charging no exchange fees.  Interestingly, when tourists shop in BerkShare County many of them exchange dollars for BerkShares.  When they leave and have BerkShares left over…they usually keep them for later use or as souvenirs.  In any case, that currency remains in circulation which is good for the local economy.

What is the purpose of local currency usage?

Programs that support local currency usage such as the BerkShare program, seek to foster growth and collaboration among producers or manufacturers, retail businesses, non-profit organizations, service providers and consumers.

Such programs are an attempt to strengthen the local economy.  Programs like the BerkShares works to increase public awareness of the importance of strong local economies as well as to generate optimism for the prospect of gaining local economic self-sufficiency.

The main goal of such a program is to assure that a high-percentage of each dollar spent locally will remain circulating in the local community.  To assist with that process, it is expected that when given the option of spending BerkShares or dollars in the local community…BerkShare currency will get the “nod” by consumers and businesses.

A number of other local currency initiatives around the world such as the Totnes Pound and the Lewes Pound in the United Kingdom have been developed and built upon the BerkShares model.  As these new “experimental” currencies are launched and tested…it can be expected that such models will be well received by the local population.

Government departments such as Treasury or the Internal Revenue Service has historically been less than supportive of such concepts as local currency driven economies as it may be more difficult to account for proper income taxes from the populace.

However, as technical advances have continued to account for these issues, federal agencies are less likely to frown upon local currency concepts.  As currency options such as BerkShares become more prevalent in currency trading, it will be even more important that you seek out currency management partners who are forward thinking and visionary in their scope.

How many other currency trading companies are aware of these futuristic currency trends?  At MosaicaFX we pride ourselves on staying ahead of the learning curve so you don’t have to.  Contact us today to learn about what else is on the currency trading horizon.