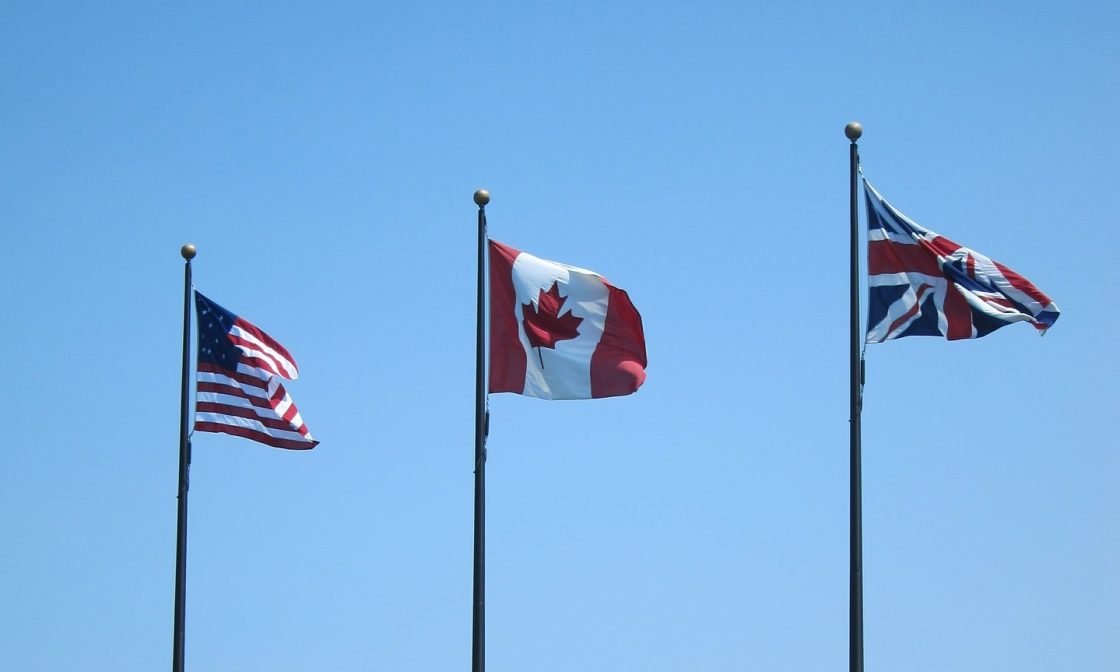 ……Let’s Start with the Basics!

If you are a frequent visitor to our MosaicaFX website, you know that we try and highlight different international markets by country or region at least every couple of weeks or so.  Our goal in providing you this type of information is to primarily help ecommerce based Sellers when it comes to them identifying new markets and the challenges each one of them may present when they enter that global marketplace.  While we will continue to offer those types of articles, we thought we would try something a little different with this one.  In this article we will touch on the Retail Sales markets of Canada and the UK.  As both of these countries are tremendous trading partners with us, they share several other similarities that make it logical to combine them in this research.

First, let’s touch on what exactly (Global) Retail Sales is defined as.  A retail sales report is simply the direct measurement of consumer activities as the retail level.  Higher retail sales activity (volume) is generally better for the country’s economy as well as for its currency.  Lower retail sales activity is considered a negative for its economy and it is not good for its currency.  Most economists equate retail sales with consumer confidence.  As consumer confidence is one of the excepted indicators of an economies overall health, it is expected that as a “base-line,” consumers will spend more money in retail sales if they feel their wages can afford it and they have an overall feeling that their employment is stable (for the time being).  Retail Sales is generally measured against “large ticket” and “small ticket” (cost) items.  They may include automobiles, appliances, electronics, restaurant meals, clothes, etc.  However, as a rule, they do not include essentials like medicine, medical services or devices, insurance, repairs and repair parts and other expenditures that would generally not be considered luxuries or nonessential items.  Think of it this way; if you don’t absolutely have to have it for health or safety (basic food, clothing and shelter) but you purchase it anyway, then that purchase is an indication of how you as a consumer feel about your personal finances and the economy at large.

“….the UK and Canada share many similar traits in retail.”

For the international Seller, Both Canada and the UK share many of the same traits.  They both are overwhelmingly English speaking with similar high-rates of education and employment for their citizens.  Both populations reflect similar concerns for the environment, love American made products and are in a general sense, easy people to get along with.  The family unit in both countries is structured (again) in a similar fashion averaging the same number of children in a nuclear family with both parents (on average) employed.

An interesting aside about the UK is that even after the Brexit vote, they have seen a jump in Retail Sales.  Published Retail Sales jumped by 1.4% for July (after adjustments), smashing expectations of just 0.1% to 0.2%.  They were actually 1.5% if you remove the recorded sales of fuel for the country which is even more impressive.  This is a significant example of how consumer confidence can override economists projections based on more logical assumptions about the market place.  Conventional wisdom was suggesting that the negative impact of the Brexit vote would dampen consumer confidence because “fear of the unknown,” generally has a negative effect on spending.  However, in this case it seems to have had the opposite effect.  Overall, it appears that enthusiasm for a pending (greater) free-market catharsis for the UK may actually energize certain marketplaces.  While a “jump” of 1.4% in positive growth may not seem to be a very significant data point, when you consider that world-class economists were actually foretelling negative declines for retail sales post Brexit, it becomes apparent that the current data is head-turning indeed.

Canada has also shown a very strong Retail Sales performance for the last several months.  Our Canadian neighbors increased Retail Sales by 2.70% when comparing June 2016 to June 2015…..and that was following an increase of 3.6% for May 2016 to May 2015! As you may realize, in Canada, the year-over-rear change in Retail Sales compares the aggregated sales of retail goods and services during a certain month to the same month of the previous year.  The latest data from Statistics Canada show that total Q2 2016 Canadian retail sales were up 3.6% year-over-year on a not seasonally adjusted basis.  However, even that was well off from the 5.6% increase for the first quarter of the year, so some economists say it appears retail sales growth is slowing down.  On the other hand, the 3.6% Q2 increase was still higher than any other quarter last year (2015).  Hence, it may be that the retail surge at the start of 2016 was an anomaly, and things are now unsurprisingly cooling off a bit.  If that is the case, at least retail sales growth appears to be settling in at a relatively favorable level.  The bottom line is total retail sales are up 4.5% after the first 6 months in 2016, which is a significant improvement on the 1.7% annual gain realized for all of 2015.

One of the newest “trends” in ecommerce business for new international Sellers is using Canada as a “Beta-Test,” model for other international markets.  When you consider that the UK has a population roughly twice the size of Canada’s, it makes sense to consider the other benefits of “beta-testing,” your international model on our closest neighbors to the North.

By setting up your international model as a Global Seller to “cut its teeth,” in Canada, you can “R&D” your sales platform in a more painless fashion.  While still learning to deal with international shipping, foreign exchange currency, foreign tax rates, customs, foreign customer service demands and different times zones (in many cases)…….you are able to do these things while still communicating in the English language and in a close enough geographic proximity to allow you to solve customer service problems (damaged, lost and incorrect orders) in a quicker (and less expensive) fashion!  Once you have honed your international sales system so as mistakes are at a minimum…….leapfrogging across the pond to your next international market that shares many of the same similarities is logical and relatively simple execution.

Hence, the “Crib Notes,” version of this article is simple.  If the UK (and eventually other European markets) is your ultimate goal, then consider testing your international model with customers in Canada.  You get all of the experiences of selling in a foreign country without the challenges associated with Greenwich Mean Time.